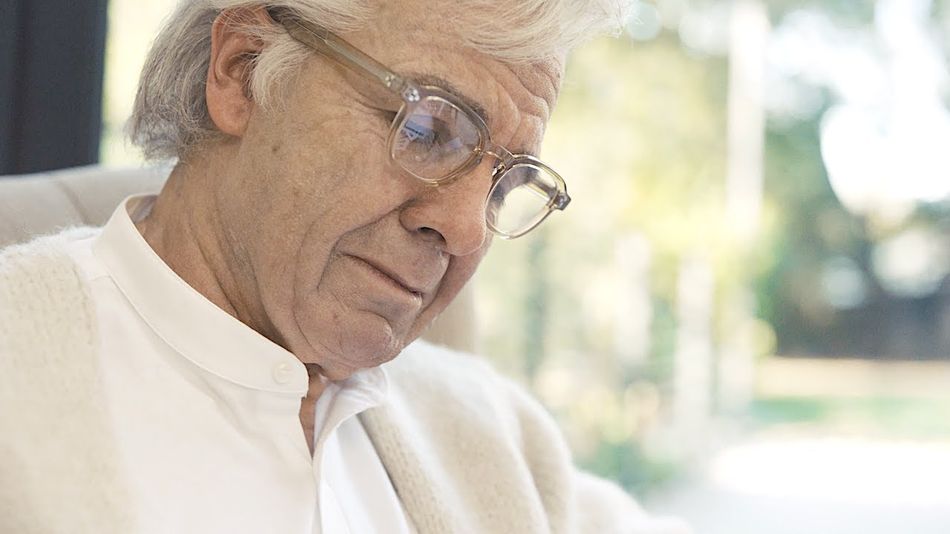 David Dobrik’s new photo app that reimagines the old way photography worked has launched a new version of the app with an ad that dresses the YouTuber up in an old costume.

Dobrik’s app is called Dispo. It’s essentially a digital version of an old-school disposable camera. (Get it? Dispo.) A new ad features Dobrik as an old man, crying and flipping through old photos of his partying with influencer pals. The spot was directed by Mark Romanek — director of the film One Hour Photo, which does not feel accidental — the makeup was done by Oscar- winning artist Kazu Hiro. It’s super realistic.

Right now Dispo remains invitation only and people are fighting to get in. Basically you take pictures through a small aperture with a crude zoom function, just like an old disposable. Your photos “develop” the next day at 9 a.m. There’s no editing, the pics just are what they are. The relaunched version of Dispo will let you create both public, collaborative, and private rolls of photos but no actual social feed. The idea is the app is aimed at simple, fun photography, not curated social clout.  Read more…

Source: David Dobrik’s photo app Dispo relaunched with an ad imagining him as an old man

M1 MacBook Air vs Pro: What to buy and why to spend extra on RAM and storage

Amazon Moves From Film Industry’s Margins to the Mainstream

What is an “algorithm”? It depends whom you ask